The Beaches Of Acapulco 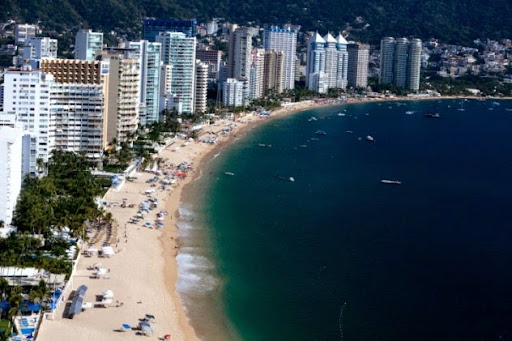 Acapulco is a name that's been synonymous with one of the most relaxing, luxurious vacation spots that Americans can easily get to. Beaches, nice weather, huge city blocks built with the comfort of tourists in mind-unfortunately, those city blocks are in a city that has a crime rate that's almost 30 times higher than the American average.

As recently as 2013, the murder rate was 142 per 100,000 citizens, and even though the city is quick to point out that it's mostly drug-related and not tourist-centric at all, 200 murders in January and February of 2013 alone isn't a great track record. There's also no public information that details just where there's the highest concentration of law enforcement patrols, or just where the murders happen.

In spite of assurances, stories still pepper the press with some pretty dark happenings on the beachfront paradise-including an incident in 2013 which saw the rape of six women on vacation. Afterward, Acapulco's mayor stated that "it happens anywhere in the world," which is a pretty cold statement to make-anywhere in the world.

According to the US Department of State's Mexico Travel Warning, they recommend that if you do go to Acapulco, stay in specially designated tourist areas, plan rest stops carefully, make sure you have enough fuel to get you through the shady areas outside the tourist spots (if you absolutely need to travel through them), and travel by air when possible. In fact, when it comes to booking a place to stay for its employees, the US government will only book between the Hotel Avalon Excalibur Acapulco and Puerto Marquez, and it also forbids leaving the hotel after the Sun goes down.