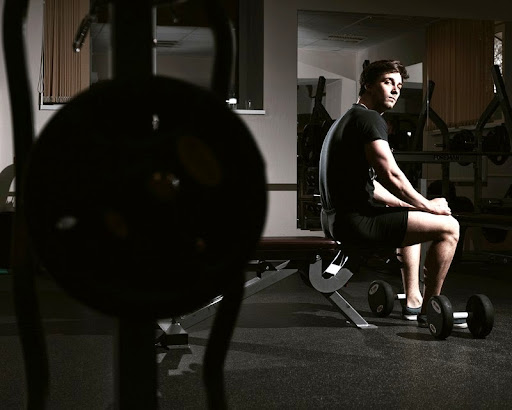 Look, falling off the horse is completely normal. Everyone does it, and it doesn't make you weak-willed or undisciplined. It makes you human. It's important to come from a place of self-compassion here so that you can try again.

We're going to go through an exercise that's used in the field of social work in order to improve self compassion around this situation. It may seem silly, but it will greatly increase your forgiveness for this misstep.

Split yourself up into three different personas:

The criticizer – The person who is angry that you fell off the horse.

The criticized – The person who is defensive about the potentially hurtful things that the criticizer is saying.

A compassionate mediator – Someone who is going to look at things objectively and help figure out how to move forward. You can pretend that this is the most compassionate, understanding friend that you have.

Now, run through the dialogue that the criticizer would say. You know, the things that you're internally berating yourself about for stopping your regimen. Notice the charged words that are said and how they make you feel.

Secondly, run through the dialogue that the criticized person would say. Talk about how hurtful the criticizer's words are and how they don't make you feel like continuing.

Lastly, go through the compassionate mediator's role. You're going to show an extreme amount of compassion for the person being criticized. It's important to note that this does not mean making excuses, but rather, be empathetic and understanding of the situation at hand.

Mediate those two sides. Talk about how the criticizer's intentions are probably good, but the way that they are expressed hinder the ability to progress. (Remember, the mediator should be compassionate towards both parties.)

Go through a plan of action in which the criticizer will be happy that you're going to prevent this misstep in the future. This is a good place to run the "Time Machine" exercise in order to talk about what you could've objectively done to minimize the amount of derailing. The criticized person will feel supported in his endeavors and understand that he/she is not defined by his misstep.

You'll find that when you practice going through this exercise, you'll start to show yourself a lot more self-compassion for falling off the horse.